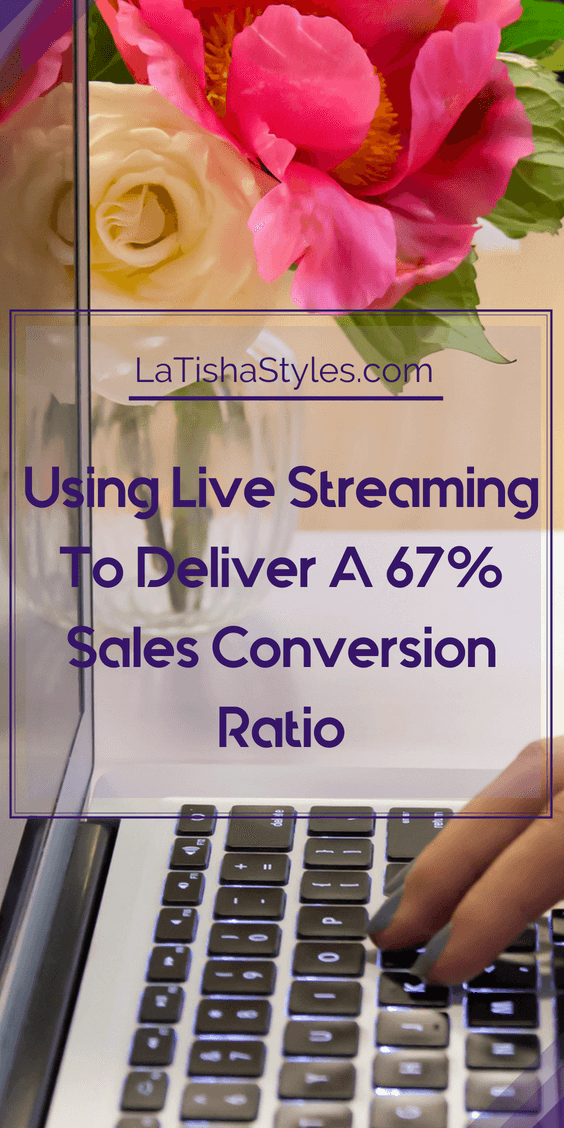 I can provide testimonials from clients on the results that they achieved while working with me. But I wanted to share an in-depth view on HOW we actually achieved the sales conversion results.
The Client:
Kevin L. Matthews II, Founder of BuildingBread.com, Author of Starting Point, Financial Advisor
The Dates:
Late March – Early May 2016
The Problem:
Kevin L. Matthews II started BuildingBread.com to teach millennials how to set, simplify, and achieve financial goals. Although he had been attempting to grow his audience online for 2 years, he was not seeing the growth, engagement, and sales he expected. As a result, he contacted me to help him increase his audience size and implement systems to gain more sales.
The Program:
8 weeks of 1:1 Project Based Coaching. New clients experience this project during the 6-week You’ve Got Clients program.
The Start:

During the 8-week program we focused on 1 major goal, bringing in new financial coaching clients.
To achieve this goal, I targeted these 4 high impact areas:

LIVE STREAMING & INCREASING THE MARKETING LIST
Kevin already had a presence on Periscope and reached his audience each week with a series titled “Wealth Wednesdays.” However, he was only averaging 11-12 viewers on each scope with no growth. Of those viewers, some were clients and others were family members. Every now and then a few new viewers would join.
He was averaging 8 replays and the most he had was 29 people on a scope when a larger ‘scoper’ joined and shared his live stream with her audience.
In addition, his branding was not prominent on slides for his weekly series.
I knew that live streaming would be our way to gain the largest impact so we focused on increasing the number of viewers. We also used his live streams to increase his marketing list with the highly engaged viewers. Kevin’s live stream platform of choice is Periscope and we measure engagement by the number of “hearts” each broadcast receives.
Viewers on Periscope can tap the screen to give hearts and it demonstrates positive engagement. The most engaged will share the broadcast to their following.
How we did it:
To increase the number of engaged viewers, I instructed Kevin to participate in Periscopes hosted by others in his niche. By commenting and sharing their content, he was able to increase his visibility. By networking this way, followers from similar niche scopers migrated to his live streams. And, because he was providing value to other scopers by sharing their content and keeping the conversation going, they were willing to share his live streams as well.
I also guided him on how to create eye-catching post titles as well as what hashtags to use to benefit from organic growth. The title and hashtag publishes directly to Twitter and popular hashtags benefit from search traffic. Before we worked together, Kevin was using a hashtag specific to his brand. While this method works to increase brand visibility, when starting out, it is more beneficial to use a popular subject based hashtag.
To increase the marketing list, I instructed Kevin to offer the first two chapters of his book, Starting Point, as an incentive for viewers. During each scope, he invited viewers to download their copy by tapping the link in his bio.
Direct Results:
In 30 days, using these strategies, he increased his email list from 0 to 77 potential clients.
He increased the number of engaged viewers on each scope by 445%, averaging 60 viewers for each new live stream.
As a by product of consistently promoting the free chapter of the book, his book sales also increased by 30%. 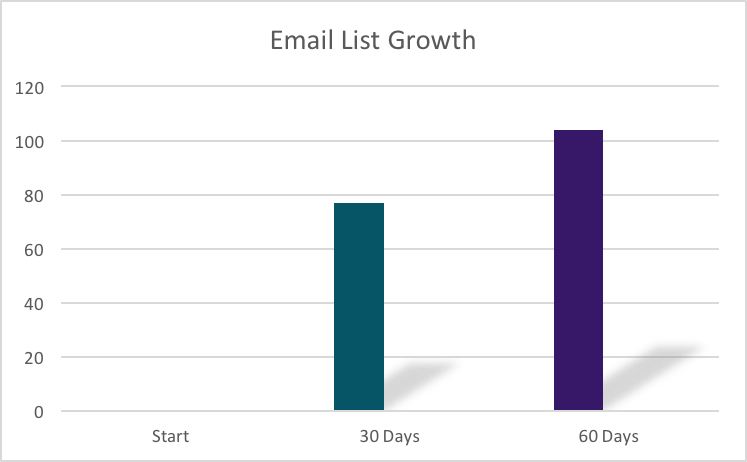 IMPROVING BRANDING
Kevin mentioned that he prefers not to blog and did not create written content often. So I stripped the entire website and limited actions to the two most valuable; booking a call, and providing an email address in exchange for a teaser of his book.
I knew that the majority of his audience would engage with him through live streaming; however, I still stress the importance of a professionally branded web presence. 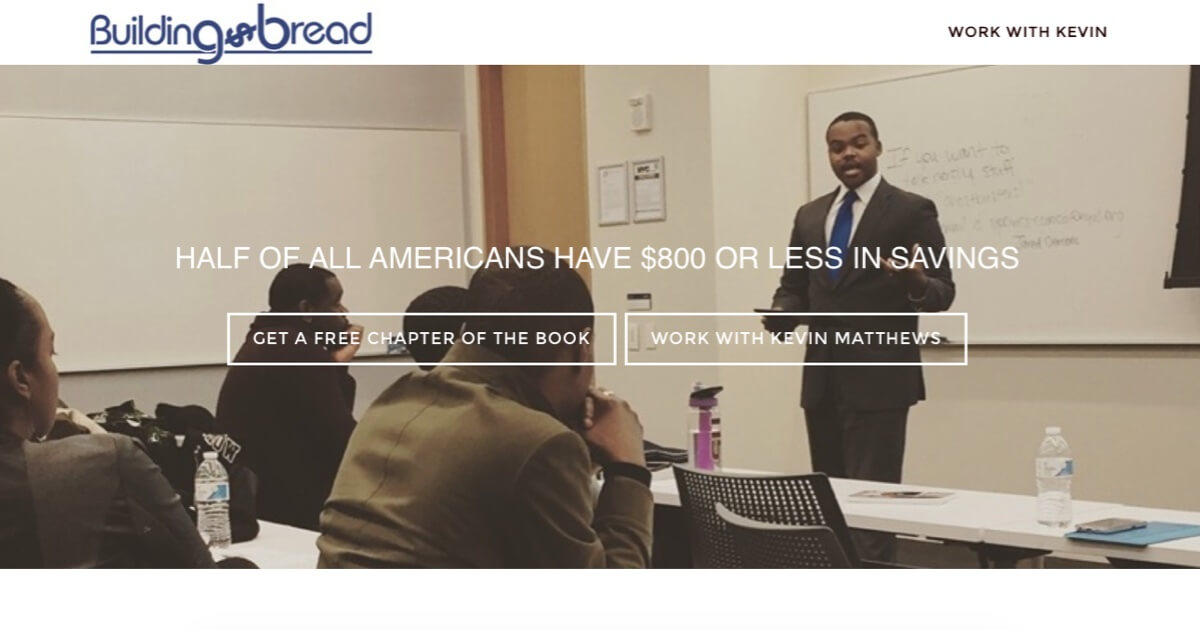 HOSTING A LIVE EVENT
The culmination of our 8-week program ended with Kevin hosting his first live online event, often referred to as a webinar.
How we did it:
Because he was still in the process of growing his audience, I instructed Kevin to plan a 7-part live streaming series on Periscope that naturally led into the topic of his webinar. While I helped him brainstorm the topic and create eye-catching titles, this is where Kevin really took the wheel and used his knowledge to craft a high value live stream series.
In my business and with my clients, I’ve found that an episode style series increases audience engagement because it has a high perceived value.
The live stream series ends with the webinar. He outlined the webinar and submitted it to me. The content was punchy but the sales transition was a bit clunky. I reviewed and provided changes in that closing section.
Direct Results:
17 watched the webinar live
6 calls booked (35.3% conversion rate)
4 new private clients closed, (66.7% conversion rate) 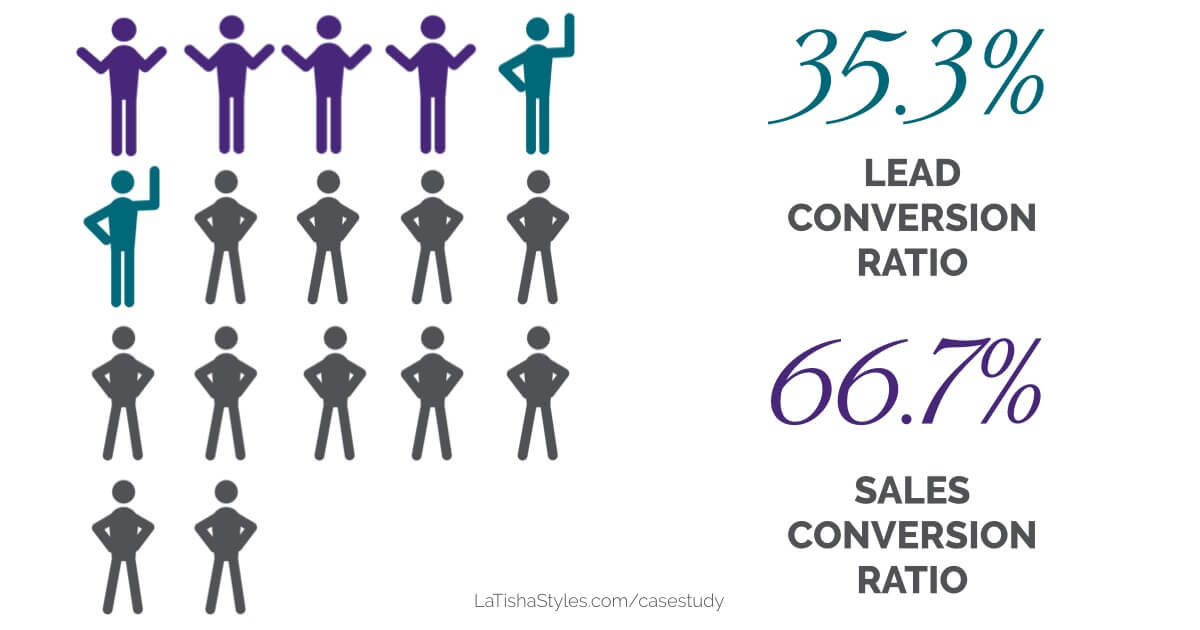 After working together for this 8-week program, Kevin came into my masterclass on How to Build and Launch a Profitable Course towards the end of 2016. He launched a course to decrease his required time commitment for one on one clients. He is currently booking 3-4 students in that class on average each month. He has grown his marketing list to over 524 subscribers by the end of 2016. 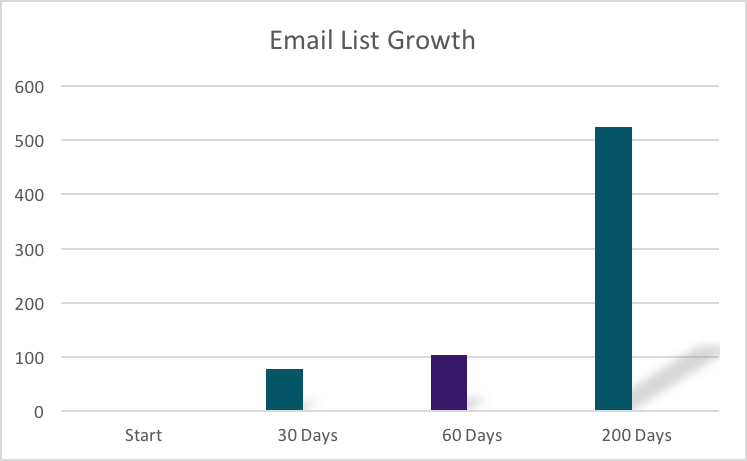 He continues to use the methods that I showed him during our 8-weeks together to grow his audience; using live streaming to grow his list and book one on one clients. He is currently averaging 122 viewers on each scope, his account has grown to 465,646 hearts, and he has 1185 followers as of 1/8/2017.
Are you ready to build your online presence so you can gain more clients just like Kevin?

Click here to see how we can work together.

Hi! I'm LaTisha and I am the host and producer of 3 shows on LaTisha TV. I'm an entrepreneur with a side of woo, and a digital marketer with a passion for marketing tools. On my channel you'll find videos on marketing, mindset, and money.
Tune in each week for episodes of...
Me and My Money Tree: Law of Attraction Success Stories
Creating Coins: Money & Mindset for Entrepreneurs
Marketing Tools & Tech: Where geeks chat marketing software

Join the VIP list to get access to giveaways & special deals!
I’m a VIP
*opens in Messenger

Hi! I'm LaTisha and I am the host and producer of 3 shows on LaTisha TV. I'm an entrepreneur with a side of woo, and a digital marketer with a passion for marketing tools. On my channel you'll find videos on marketing, mindset, and money.
Tune in each week for episodes of...
Me and My Money Tree: Law of Attraction Success Stories
Creating Coins: Money & Mindset for Entrepreneurs
Marketing Tools & Tech: Where geeks chat marketing software

Do you know how to price your services? Did you

I see you Boo. ❤ You want a thriving coaching p

Woot woot! You've Got Clients® is officially a re

My clients get clients. Period. If you know me,

Did you know that I started my coaching business w

Happy Sunday! ☀️ Did you catch my LIVE strea

🚨 This is your LAST CHANCE to sign up for the 2

We've been talking about the Law of Attraction thi